The Lord Of The Rings: The Abruzzo Project by Nicolas Gentile 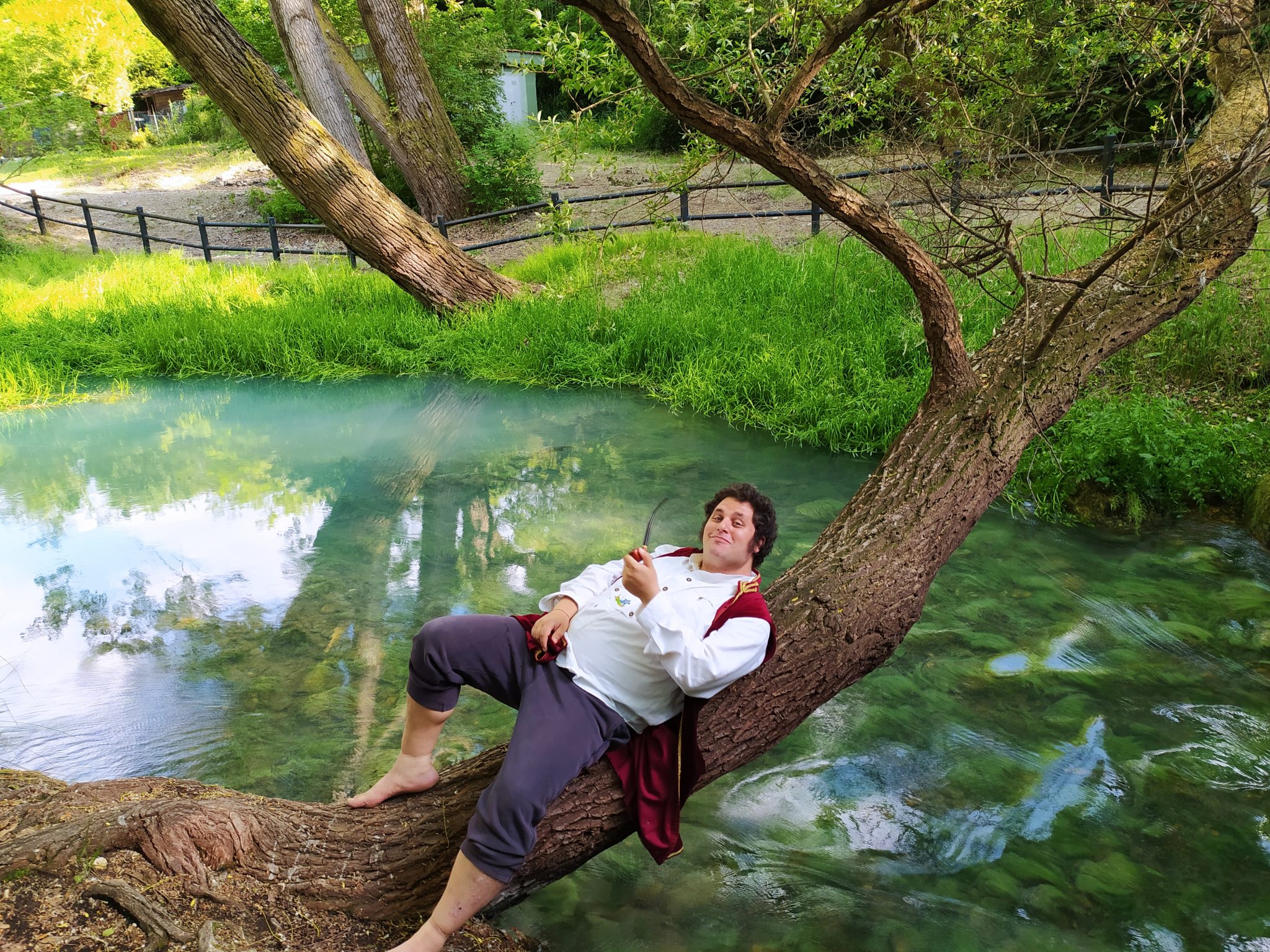 “I am a pastry chef with a degree in geology and have always been passionate about fantastic worlds. In my country, Bucchianico in the province of Chieti in Abruzzo, I decided to create the county of hobbits, a place to experience nature and human conviviality in a fantastic and bucolic context inspired by the life of the hobbits described by Tolkien”.

Thus, Nicolas Gentile, a young Italian pastry chef and father, tells us about his greatest dream: creating the Gentile County, which recalls the places, characters and stories of Middle Earth (revived in 2001 with the cinematic trilogy by director Peter Jackson, based on J.R.R. Tolkien’s 1955 legendarium.) Gentile continues, “For over a decade, I have been organizing themed events and adventures with a high experiential content in literature, cinema and role-playing games. I can share these wonderful worlds. In my opinion, pretending to read books, or watch movies…is not enough to have that magic that one seeks in life”. It is a journey within a journey, in which Gentile strongly believes in creating a better world in the name of eco-sustainability, sharing and interactions between cultures. “To be protagonists of your own life”, he adds, “you have to experience the magic and therefore live in a context that may seem absurd to others, but in reality it is fun and beautiful. Is fantastic! One can do anything in life, but where do you win the battles if the world goes to pieces? So we have to save the world where we live”.

How and when was your passion for “The Lord of the Rings” born? First with the book or with the film trilogy?

I was lucky because I read the books before the movies came out in theaters in 2001. It was the first book I read of my own free will. I was sixteen, and that book, unlike the ones that force you to study at school , made me passionate about literature. Not only for the fantastic worlds and monsters, but more than anything else for a dimension that seemed real for its details and history because some friends manage to save the world. This made me realize that I, too, could do something: live my life in another way!

Did the Peter Jackson trilogy reflect your expectations in terms of locations, characters and how the story was told?

At the time, I was not a film expert. But after this film, I became passionate about the language of cinema. A film of this kind is unique in world cinema because it is a product that somehow marks a before and after of making films, before the publication of the film and then the cinema of the last 20 years, now almost entirely made on the computer. The Lord of the Rings highlights the human part, the feelings of the protagonists.

Is this what fascinates you the most about this story?

Yes. The human aspect both in the film and in the books. In particular, the figure of Gandalf, a sort of father figure – as if he were some kind of benevolent deity who leads you into trouble to give you a boost to save the world. In my life, I would have wanted a Gandalf who would lead me in this direction. I am a very pragmatic person, but at the same time I manage to have dreams that take me beyond what could be a common human thought like the county! Many don’t understand why I do this. I do it because in my opinion magic exists, but you have to create it!

Have you ever visited Matamata, one of the main locations that Jackson chose for the film in New Zealand, now a destination for fans from all over the world?

No, but in 2004-2005, I sent about a hundred e-mails to all those who had worked on the production of the trilogy to ask if they wanted to make “The Hobbit” trilogy in Abruzzo. Also in other parts of Italy. I also sent them photos to show my territory to make them understand that we have Middle Earth, too: castles, ancient woods, fantastic mountains, volcanoes. We have everything close at hand. In addition to the county, I am carrying out a project called “Abruzzo Terra di Mezzo” because Abruzzo is the territory I know best. But I realized that Molise and Campania are also wonderful lands. We have Middle Earth under our feet, but it must be preserved.