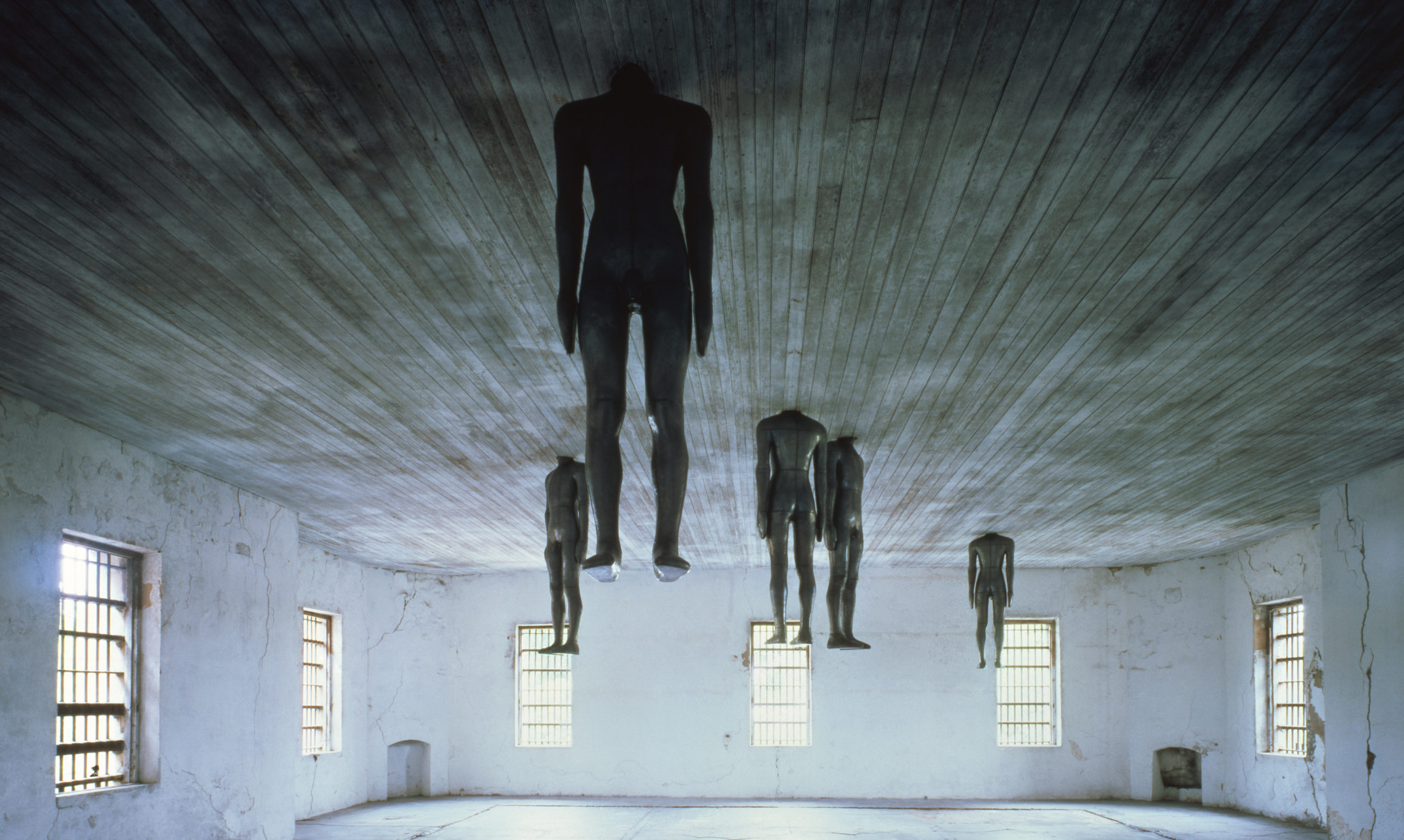 Antony Mark David Gormley was born in London in 1950. He is one of the best-known contemporary English artists, with his research centered on the study of the human body, in which memory and transformation are the foundations for self-knowledge.

The body is fragile, but also a “place” to experiment and look towards the future. He received degrees in archeology, anthropology and art history from Trinity College, Cambridge. From 1971 to 1974, he traveled to India and Sri Lanka to further study architecture and ethnic sculpture. Back in London, he attended courses at the Central School of Art, Goldsmiths College (University of London), and the Slade School of Art (University College London). Among his best-known works are Angel of the North (a monumental public sculpture made in 1998 placed in Gateshead, UK), Event Horizon (a multi-site installation launched in 2007 across London, Hong Kong, New York and São Paulo), and his 1994 Turner Prize-winning, multi-site installation, Field for the British Isles (1991).

Gormley’s original figure is precisely that of himself. This does not mean that every sculpture is necessarily autobiographical, but simply a reference from which to execute important existential questions. Since 1990, Gormley extended his interest in the human condition into the crowd, to the multitudes, to the relationship between the self and the other. Another Place, Domain Field, Critical Mass and Inside Australia are a few examples leading up to his latest works like Shy, made in Prato, Italy. In the artist’s own words, the importance of listening to one’s needs and adapting to changes and connections with others is immediately perceptible. His aim above all: to know oneself, to find the right balance useful for learning to be with others, an approach that has matured, in particular, thanks to experiences in India and continued meditation.

FRONTRUNNER presents an exclusive interview with Sir Antony Gormley, OBE. He is represented by Galleria CONTINUA (San Gimignano/Les Moulins/Beijing/Havana/Rome), to whom we extend our sincere thanks for making this interview possible.

You are one of the most important contemporary sculptors in the world. Why did you choose to become an artist and, in particular, a sculptor?

Sculpture is not about making a picture of the world, it’s about changing it. For me, sculpture remains the most engaging and exciting kind of making: bringing something into the world that has not been there before and allowing it to affect and transform its context. Making an object becomes the making of a place. Sculpture brings stillness and silence to a moving world. This is its power, it is a thing amongst other things but committed to making the palpable intelligible in the trust that material can directly affect mind. With sculpture, a thing external to us can change our internal condition.