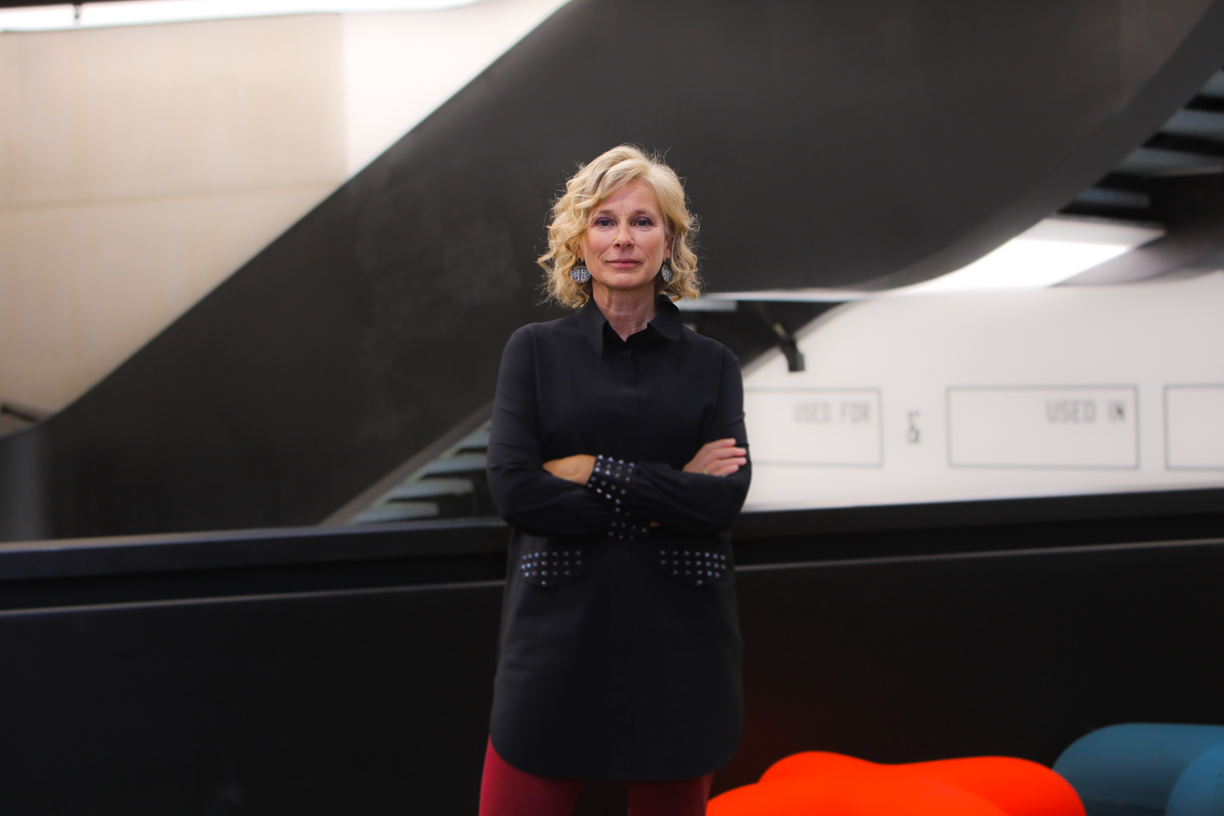 The MAXXI – National Museum of XXI Century Arts in Rome is the first national museum dedicated to contemporary arts and architecture in Italy. Designed by famed British architect, the late Zaha Hadid, it is experiencing a period of rebirth thanks to a busy calendar of international events. But above all, MAXXI owes thanks to the strength and to the determination of president of the MAXXI Foundation, Giovanna Melandri (New York, 1962). Divided into two sections, MAXXI art and MAXXI architecture, another museum site was opened in L’Aquila, Abruzzo, in the late Baroque-style estate of the Ardinghelli family, better known as Palazzo Franchi Cappelli.

Among its most important and exclusive projects, MAXXI collaborates with Fremantle, the world leader in the production and distribution of entertainment programs, films and documentaries, to shoot a series of masterclasses with five different protagonists: the photographer Letizia Battaglia, master of sustainable architecture Mario Cucinella, architect and designer Piero Lissoni, Oscar-winning composer Nicola Piovani, and the pioneer of Arte Povera Michelangelo Pistoletto. In addition to evening openings, there is the MIXT – Musei per tutti project that includes stations in Braille, video guides in sign language and tactile stations, to complete accessibility to culture for visitors without barriers. In short, the museum looks to the future with optimism in the name of sustainability, innovation and above all inclusion.

A former politician and economist, deputy from 1994 to 2013, and also the founder and president of the Human Foundation, Melandri tells FRONTRUNNER about the Roman museum’s future challenges.

As we’re still in the midst of the COVID-19 pandemic, how has MAXXI changed since the reopening of museums in Italy on May 18, 2020?

We have learned many lessons. Obviously it was very difficult, but I must say that we have been closed repeatedly but never turned off. We reopened by doubling because we inaugurated a new location in L’Aquila and we worked on developing a very important online content production already in the first lockdown, in fact today the museum’s offer is between virtual and face-to-face. One thing we are proud of is the dimension of civic, social, education in a great cultural institution. We were in the midst of the “institutional building” and on this definition, we exploited and used this period to ask ourselves and question ourselves even more about what we want to be and that is a laboratory of the future, an open platform and we have recovered the “sentimental relationship” with the city of Rome. We worked a lot. Consider that before the pandemic, half of our audience was mostly international, especially American and Asian, which for now we have lost, yet the data of the last few months is incredible: we had the best October and November ever, because we sold as media 45 thousand tickets per month!

So has the pandemic, somehow, defined a new way of describing art and museums in particular?