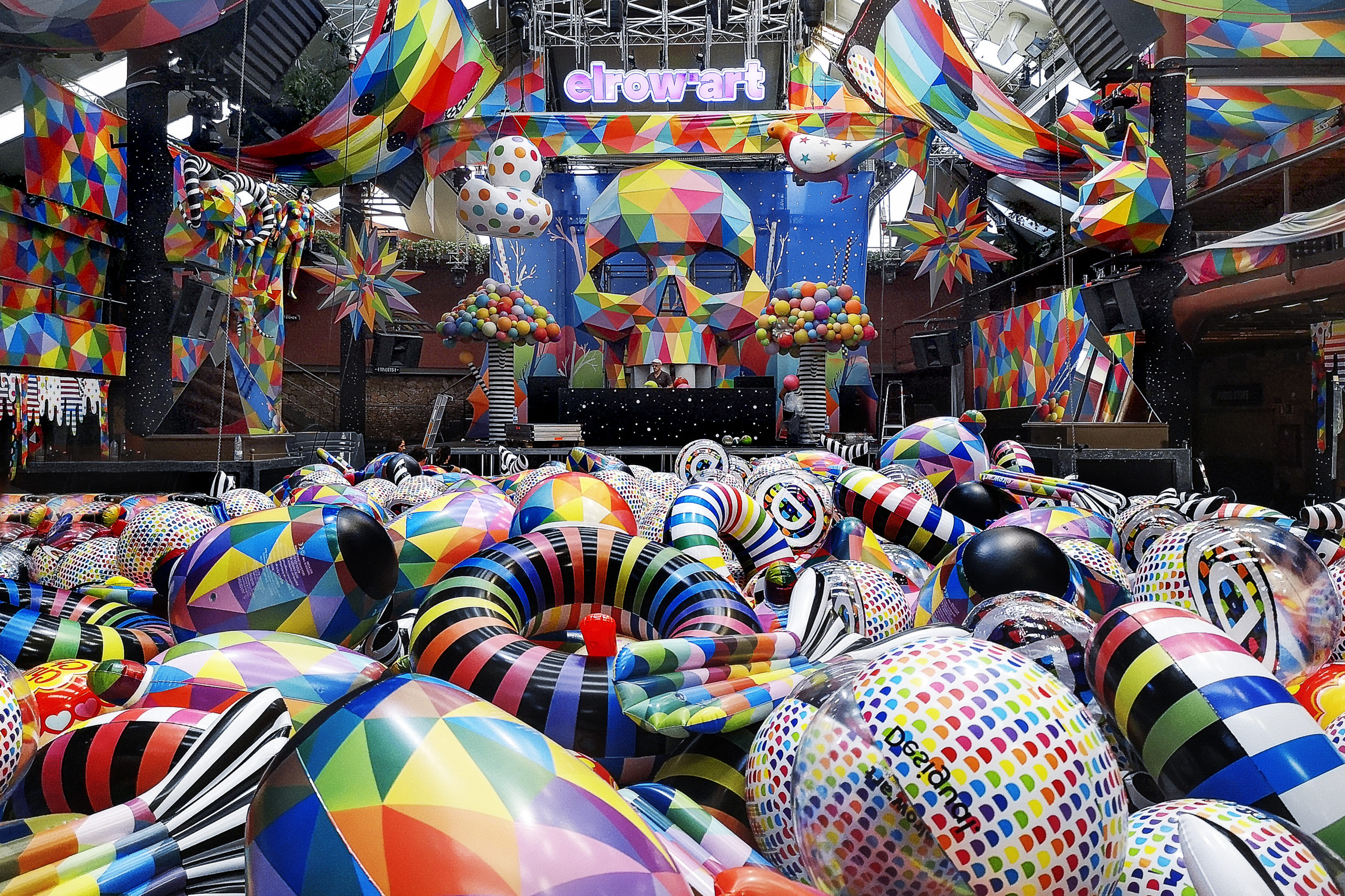 His Surrealist – or rather, Pop Surrealist – works are monumental, eccentric and emanate positive vibrations with a strong emotional impact thanks to colour and harmonic shapes. Óscar San Miguel Erice aka Okuda San Miguel (b. Santander, 1980) is a Spanish artist who currently lives and works in Madrid, where he graduated in Fine Arts from the Complutense University. The name Okuda was found by chance, inspired by the credits of a video game he used to play with his brother. His artistic production ranges from paintings to sculpture to performance, but above all are his large-scale murals. “My first large-format graffiti was in 1996 in an abandoned space in Santander, at that time it was all typography.” His works are inspired by artists such as da Vinci, Magritte, Yayoi Kusama, Dalí and Takashi Murakami and can be admired in the United States, France, Brazil, United Kingdom, Chile, Japan, Peru, Italy, Spain, Mexico, Ukraine, India, Mali and Morocco.

Each new work mixes cultures and colours in precise, geometric shapes with the aim of recovering abandoned places needing a new life, in search of a new identity to be reborn. This is one of the prerogatives of street art, but through symbology, animals and headless bodies, Okuda’s work raises questions about the contradictions of existentialism, the meaning of life, and the false freedom of capitalism. These aspects, especially at the beginning of his career where street art was not as widely recognised, were not easy to represent.

FRONTRUNNER is pleased to present a conversation with Okuda San Miguel.

Exactly where does Okuda find inspiration to create works such as “Mona Lisa” in France, “11 Mirages to the Freedom” in Morocco, or “Kaos Temple”, the “Sistine Chapel of Street Art in Spain?”

The places where I work are conceived organically. I prefer that they be places very different in formats and surfaces, in countries where i have never been. The buildings are canvases that must be understood and felt.

What is, or what should be, the role of urban art today?

Urban art is any artistic manifestation that is made in public space, it is not only mural painting, sculpture is also present and interacts with the environment. Therefore, their role is to impress, to thrill, beyond their position in the world of art and the level of the artist.