From Tuscany to the international scene: Massimo Bartolini 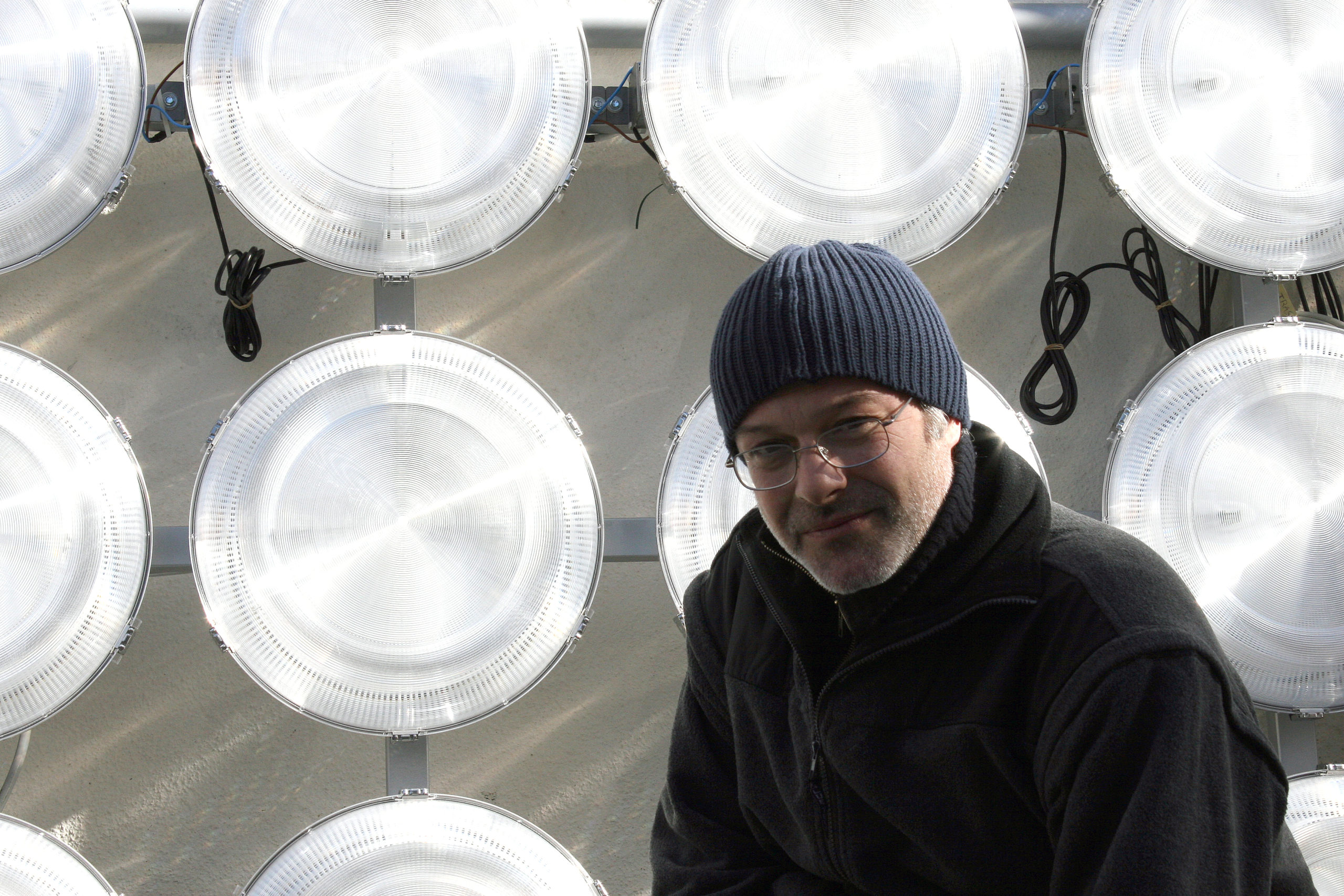 Massimo Bartolini (b. Cecina, 1962) trained at the Academy of Fine Arts in Florence, Tuscany, and his artistic experimentation took shape through multiple mediums in relation to space and its perception. Works made of lights and shadows, of static and dynamic elements. In 1993, he presented his first exhibition and in Italy alone, he has exhibited at the MART (Rovereto), Merz Foundation (Torino), Marino Marini Museum (Florence), Palazzo Grassi (Venice), and MAXXI (Rome). Elsewhere, he’s exhibited in Bangkok, Buenos Aires, New York, London, Paris and Sofia.

His works speak, have a voice, make themselves felt in their movements. Sometimes they are imperceptible; speak in silence and beyond, they take the user to another dimension in which the senses open up and transport you to another world. Sometimes metaphysical, between materials and sounds to generate a new language, a new reflection and therefore a new meaning. Due (2013) was Bartolini’s installation within the Italian Pavilion, curated by Bartolomeo Pietromarchi, for the 55th Venice Biennale. His 2016 film Black Circle Square won First Prize at the “Now You See Me” Festival hosted at the Louvre (2017). The very suggestive, site-specific installation/performance created at the MAXXI Museum in Rome, Anche Oggi Niente was made up of 150 neon lamps; some of these lights suddenly became shooting stars to highlight the title text.

Bartolini is represented by Massimo de Carlo (Milan/London/Hong Kong) and Frith Street Gallery (London). He began to live off his work “after ten years of activity”, as he explains in this discussion with FRONTRUNNER.

Man, time, space, matter and nature. How much did your Tuscan roots influence your training and artistic production?

So much, I would say. For better or for worse. As a Tuscan, I am used to seeing masterpieces on the street and this is very nice, to become familiar with the masterpiece. The daily masterpiece purged of exceptionality: it is an alienating experience! Those characters you mentioned are all part of my tradition and I only feel better when I can bring them all together into one thing. In some of my works, I have taken on Renaissance images and shapes such as Giotto’s mountains carved in pietra forte (the stone that paves the streets of Florence and which covers many buildings). These small mountains are like motionless performers of an inorganic tableaux vivant. Even the drawings, which are between the landscape and the project that tend to make a space coherent through a system of sentimental proportions, has to do with this type of Tuscan air.

How is a work by Massimo Bartolini conceived and what are the production times?

Some things are thought almost by chance, suddenly, and maybe it takes years to achieve them. While you do them, you keep thinking about them and like in a carousel where thought chases after doing, so fast that they are almost one on top of the other. Many times I start with an incomplete project, waiting to be completed by contingencies, by the encounter with materials. Let’s say that in my work there are works for which I took 1 minute to make them and certain that it takes 30 years!