From the YBA’s to Today: Mat Collishaw 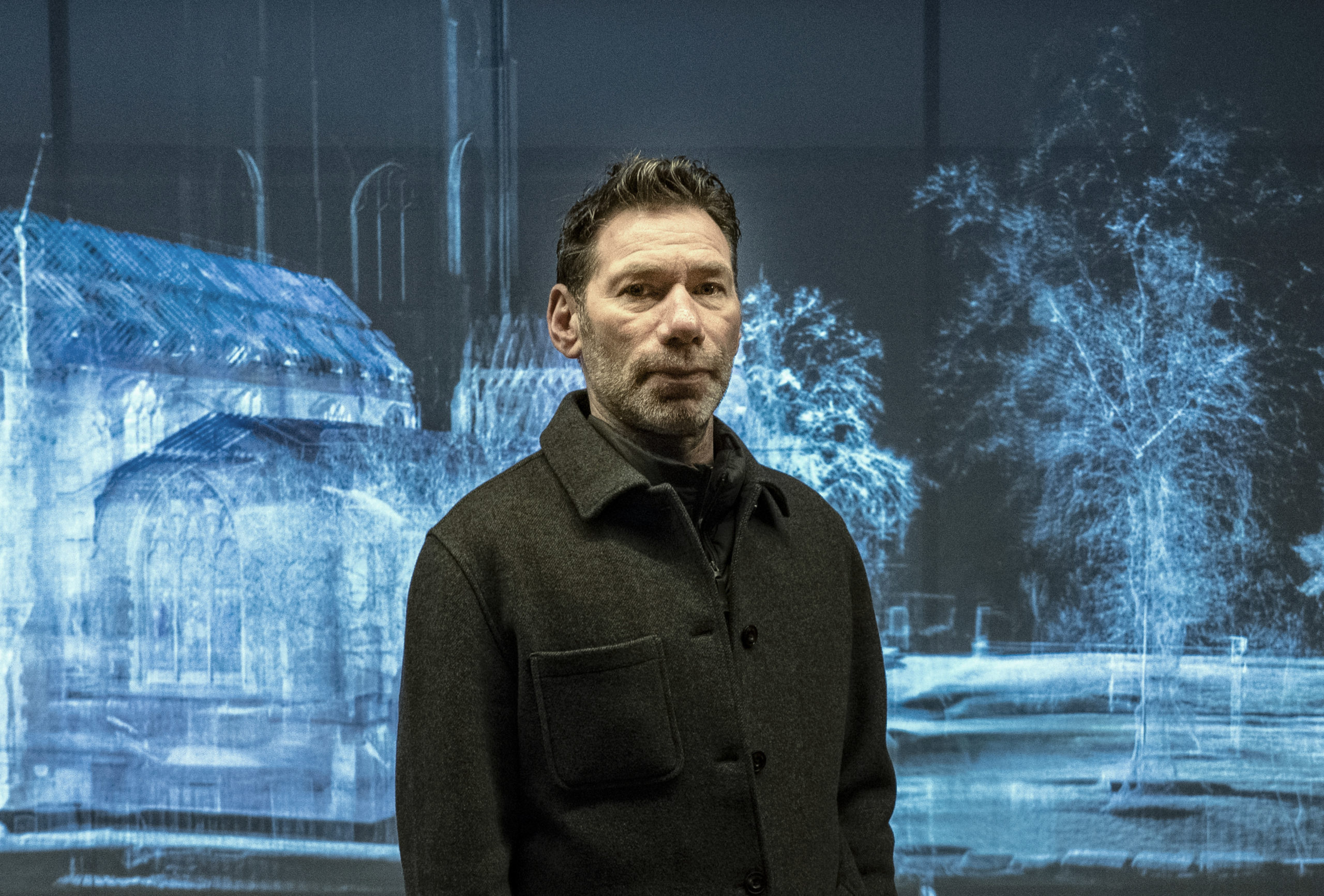 Matthew, or simply “Mat”, Collishaw (b. Nottingham, UK, 1966) is among the group of artists known as the Young British Artists (or YBAs) who studied at Goldsmiths’ College in London in the late 1980s. Bullet Hole (1988) is among his best-known works: a photo of what appears to be a bullet hole in a person’s scalp, mounted on 15 light boxes. The artist took the original image from a pathology textbook (which actually showed a wound caused by an ice pick). This work, now in the permanent collection of the Museum of Old and New Art in Hobart (Australia) was originally exhibited in 1988 at Freeze, a group exhibition organised by Damien Hirst that launched the careers of the YBAs – Young British Artists. His work –  including photographs, videos, digital and sculptures – are exhibited in international museums from Tate Modern in London, to the Centre Georges Pompidou in Paris, passing through the Museum of Contemporary Art in San Diego.

Collishaw’s practice is a continuous dialogue with Western art of the past that tends to highlight the more mysterious, ephemeral, macabre and sublime sides. Each work becomes a reason for reflection in which beauty is synonymous with the contrast of something else. “In the early 1980’s I was in a Rock/Funk band and we jointly decided to take a break for a few weeks. One day I happened to come back to the rehearsal space to collect a Paul Klee book I’d left there, as I approached I heard the rest of my band in the space rehearsing without me. I collected the Klee book and never looked back. I wasn’t great with a guitar, the only thing I was consistently interested in was drawing, it was a world I could disappear into and one I was completely in control of. It was also the only means a socially awkward person like me could get any respect from my peers.”

He continues, “Before applying to study fine art I visited virtually every art school in the country, only one really intrigued me as it had no divisions between disciplines, students could drift between painting, sculpture, photography etc. There was no syllabus, students had to create their own agenda and then justify it. I also noted that the curator of a groundbreaking exhibition at the Hayward Gallery, Falls the Shadow, was head of the college.  I applied and got in and was immediately thrown into a terrifying environment where I had to create and justify artworks. Fortunately I was in good company and benefited from spending a lot of time with Gary Hume, Sarah Lucas, Angela Bulloch, Michael Landy, Damien Hirst, Ian Davenport and Angus Fairhurst, among others”.

FRONTRUNNER is proud to present a conversation with Mat Collishaw.

We’re now almost 35 years past the seminal Freeze exhibition at Goldsmiths, where Charles Saatchi purchased one of your works. How far (or, perhaps, how far backward) has the visual art world come since then? What does this exhibition mean to you, retrospectively?

The artwork Bullet Hole that I exhibited in Freeze actually finished up rusting and rotting in a crate outside the building. Charles Saatchi acquired a re-fabricated version of the work nine years later for the Sensation exhibition. The visual art world is a completely different universe to the one it was in the mid to late 1980’s. 35 years ago, visual art was a tiny niche vocation, exhibiting was a rare occurrence, [and] most artists toiled in the shadows without ever showing their work in a commercial gallery or museum. I get the feeling now that all the trimmings of a career are integral to the business of creating artworks. Artists and artworks have a public persona that percolates beyond the art milieux. Social media has only exacerbated this phenomenon. We were fortunate at Goldsmiths that a group of like-minded students were all hungry to exhibit their works together, were prepared to find a building, and do the necessary work to convert it into a half-decent exhibition space. I think it was pivotal that most of the artists had a conceptual element to their work. If you’re making conceptual artworks, they don’t really exist until they have been contemplated by an audience, so it is imperative to get them out into the real world.

What anecdotes do you remember from the YBA period? What was your relationship like with your colleagues like Damien Hirst, Ian Davenport, Tracey Emin and others?

I remember working a shift behind the bar at the Bass Clef, a jazz club in Hoxton, before returning to complete the Bullet Hole installation in Freeze. I arrived back at the space at around 1am, rolled a spliff, and passed it to a couple of the guys who were installing with me. I was then up a ladder fitting the lightbulbs in the artwork and I called out for someone to pass me some pliers. After no response for a couple of minutes, I looked out around to see both guys passed out asleep on the floor. I had the depressing realisation I was now on my own and way out of my depth. I was still putting final touches to the work with Damien when the first visitors came into the exhibition at 6pm the following day. Generally, there was a great sense of camaraderie, everyone helped each other out – although there were inevitable arguments, a fair few fights, and a large amount of drinking. It was chaos, but there was a method to the madness, like a swarm of bees who somehow instinctively understood how they should navigate a route forwards.

Your artistic production finds inspiration in the Victorian age, a kind of critique of England. Why this choice?