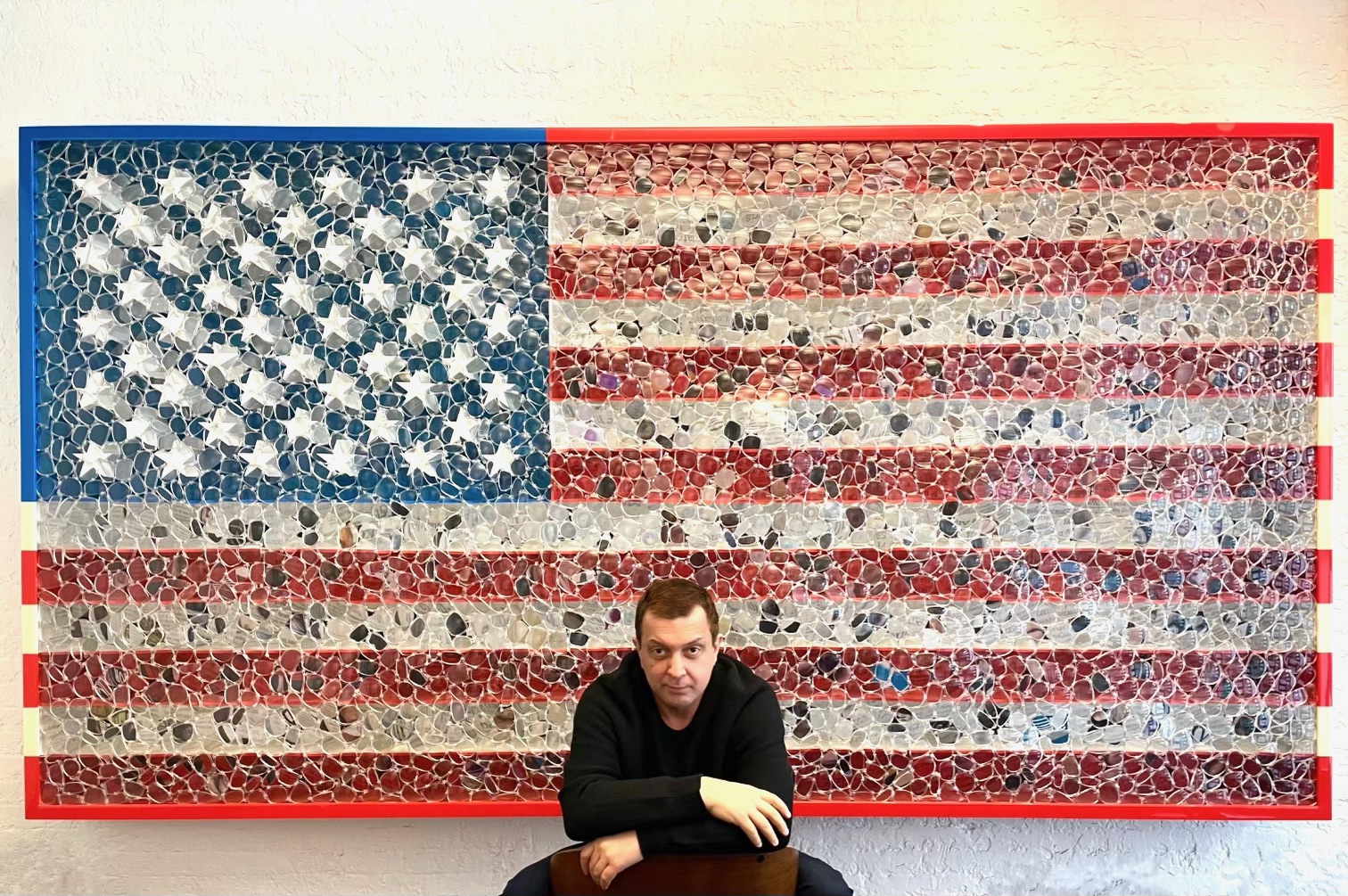 He made headlines all over the world and shocked the contemporary art market. No, we’re not talking about Maurizio Cattelan’s infamous “taped banana” (formally titled Comedian), but about David Datuna (b. Georgia, 1974). But he is inextricably linked to Cattalan. During Art Basel Miami Beach 2019, he embarked on a public act which he called, “his work of him in the work”: a performance called Hungry Artist (2019-2021), where he dismounted Cattelan’s $120,000 banana and consumed it.

Datuna is a Georgian-American artist who lives in New York best-known his series Viewpoint of Millions: positive and negatives optical lenses suspended on a layered image. Painting, photography, and now venturing into NFTs, his practice is provocative, while the different materials assembled present another identity and value to the finished product.

FRONTRUNNER speaks to Datuna, as he now takes on his next challenge: fighting Stage IV cancer.

During Art Basel Miami Beach 2019, you literally ate Comedian, a work by Maurizio Cattelan. An action or a provocation? Why did you do that?

Neither. It was a spontaneous reaction to something I felt was outrageous. In the face of world hunger, how is it possible someone is selling banana for $120,000 for profit and not charity? I felt it was a bad message for society. So, I ate it.