Between Blood and Painting: The Art Without Eyes of Nicola Samorì 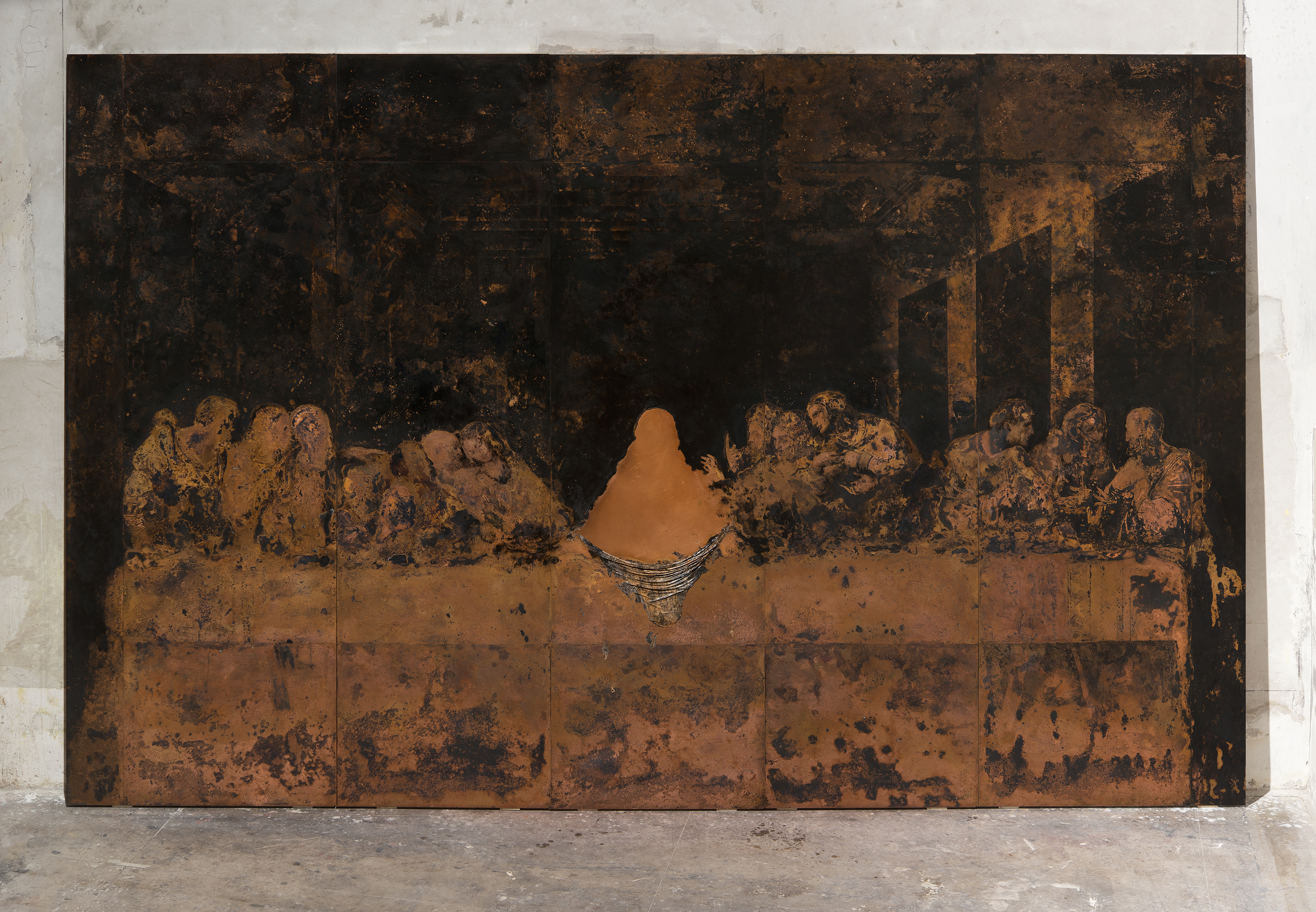 Born in 1977 in Forlì, in Emilia-Romagna, Italian artist Nicola Samorì describes his work with an exclusively tormented approach. In fact, in each artwork, sculpture or painting, he harbors a strong and restless sensitivity that takes shape every time he confronts a figure. His work was shown at with EIGEN + ART (Berlin/Leizpig) at this year’s Art Basel, and his artistic vision from childhood to the present has – quite clearly – matured, refined by his training at the Accademia Belle Arti Bologna. Inspired predominantly by the Baroque style of the Spanish painter José de Ribera, Samorì powerfully, rapidly upsets every work by mutilating the impressed image; each time producing a completely different result. To bring out the essence of the figure, Samorì intervenes on the canvas with either his bare hands or with a “scalpel” to lift a layer of paint, as if it were human skin. In his sculptures, the hand becomes one with the material; in this case, each figure he chooses loses its origin to assume a new identity. We read the silence of his paintings, an apparent calm, where the light is almost absent…it is the darkness that gives depth to the image in which technique prevails. Between one commitment and another, we were able to reach Nicola Samorì for a FRONTRUNNER exclusive.

When did you take your first steps into the art world and what pushed you forward?

As soon as I assumed the standing position. Originally, there was something unknown, an obsession that surpasses the test of the years. I can’t explain why I get upset in front of a painting, a sculpture or a drawing; it’s something that doesn’t happen to me in front of a game, a concert, or [just] reading. It is the enigma of desire.

What is the poetic that conditions your modus operandi?

I don’t know what “poetics” is. I am driven by the desire to give shape to “impossible” works: a compendium of instinct and education, out of the bounds of the possible, and as far as possible. I mean all the pseudo wild, folk, anemic, conceptual sculpture I know (except, I limit myself to Italy – six, perhaps seven, authors).

It is certainly the most comfortable way to avoid confrontation with the nagging thought of failure. Renoir consoles; Rubens annihilates. I’m not just alluding to technical skill, but the focus of a vision translated with disarming security. Supporting the opposite is the result of a stubborn consolatory plot, useful – at most – to multiply the fetishes to be put on the market. It is a difficult concept to explain and unpopular with the art elite, now that painting and sculpture are arrogantly out of tune.

Your works appear baroque: black background and the light effects. What are they particularly inspired by?

The Baroque matrix, when there is one, needs only one thing: to see better. In fact, when darkness falls and light is aimed at it, it is easier to emphasize a detail and emphasize drama. It’s a theatre. My works do not draw inspiration: they are real copies with an upset destiny, a way to predict the past; or they are schedules that try not to look at anything by remembering everything.

Your practice focuses on painting and sculpture. Which approach do you prefer and why?

Painting and sculpture are victims and perpetrators and they often exchange roles. They suffer from mutual jealousy; sometimes they meet and merge into something that I could not define: a three-dimensional drawing, a painting that abandons two-dimensional lethargy, a sculpture that is crushed to include an illusionistic painting.

What materials do you prefer for your works?

Everything that I encounter and that intrigues me: alive, dead or mineral.

Because in your work, there’s an absence of contours, shapes and faces, which is so apparent. And eyes, too?

Because the tyranny of the eyes impedes the work from being desirable in all its parts. I am looking for a continuous seduction, without psychological masks, also because I cannot look at people in the face; I don’t even remember them.

How is your work created and how much time do you spend on production?

The appearance of a work arrives without convocation, even though it is usually the result of a mental disposition towards a public or private exhibition. It is a very large thread that slowly, slowly tightens until it captures the neck of the prey. Then, I begin to look at future work in the face, to make his portrait and then hang it – or place it – like a trophy. In other words, from hunting to furnishing. The arc of this ritual requires time ranging from hours to months. I like to hang an idea, but not to let it rot.

A solo exhibition at the Yu-Hsiu Museum of Art (Nantou, Taiwan), and a solo project in Napoli: a large public commission.