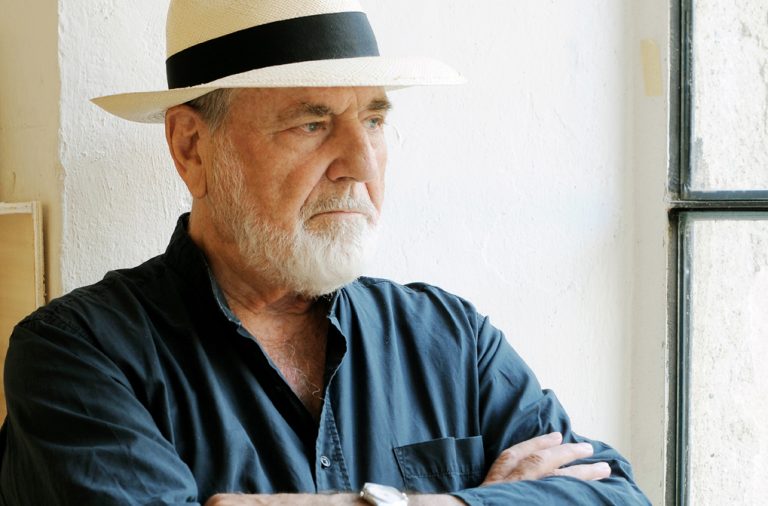 Michelangelo Pistoletto (born in Biella, Italy 1933) is one of the world’s most influential modern artists, who started his career in the art world with his father (a restorer) at the beginning of the 1960s. He is most well-known for his “mirror paintings”, where he invites the viewer to become an active part of the completed work. Pistoletto’s works are found across the world, within its most important institutions and commercial galleries. He is one of the last living pioneers of Arte Povera, a movement founded by Genoese art critic Germano Celant (1940-2020), who died in Milan earlier this year due to complications from COVID-19.

Arte Povera is based on the relationship between man and nature, as opposed to the pointedly consumerist and ‘perfect’ art that was prevalent at the end of the 1960s. Thirteen artists created work made exclusively from ‘poor’ materials such as rags, iron, wood and plastic. It was from this methodology that Pistoletto created Venere degli Stracci (1967), a clear reference to that period. In the 1970s, he devoted himself to mostly marble-based sculpture, looking for new, expressive forms and complex ideas to be realized. One of his constant goals has been to bring art to the people. So, in 1998 in a former textile factory close to his birthplace, he founded Cittadellarte, a large creative laboratory. The name includes two meanings: citadel or “cittadella”, a place of protection and defense, and city or “città”, corresponding to the idea of confrontation, openness, and connection to the rest of the world. In 2003, Pistoletto started a new phase of his practice with the Terzo Paradiso project. That year, he was awarded the Golden Lion for Lifetime Achievement award at the Venice Biennale (2003).

In this exclusive interview, Pistoletto tells FRONTRUNNER about one of his latest projects in progress, the Messanudo exhibition at Galleria Continua in San Gimignano, and how he endured while hospitalized due to the coronavirus, contracted at the age of 86. Continue… Frontrunner Magazine