6 questions to Stefano Gei from Royal Palace of Napoli 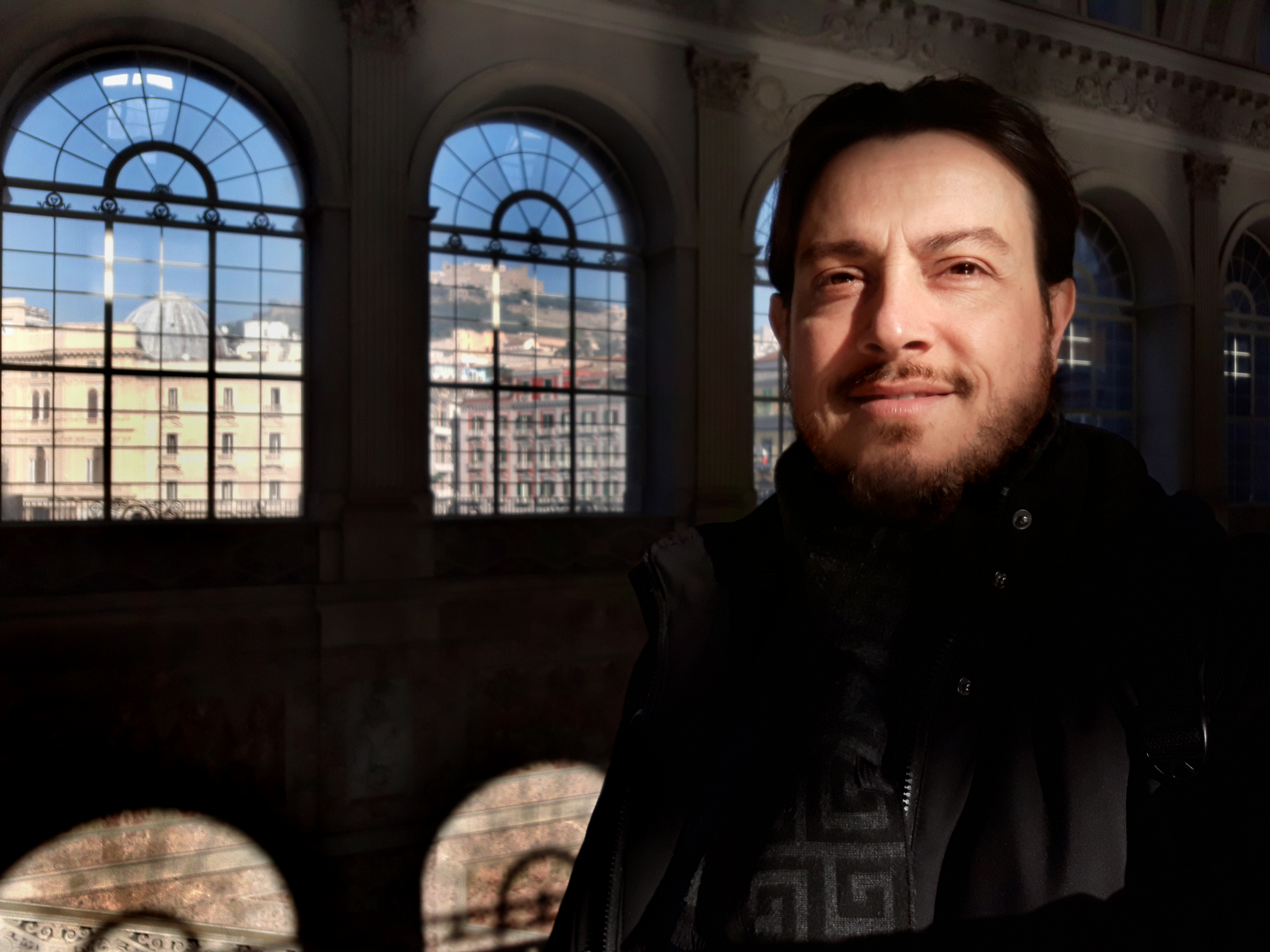 1. Why are you personally on social media?

First of all, I think that social media offer a new possibility, compared to traditional communication mediums, to expand one’s knowledge by accessing a vast network of information easily and immediately. In terms of participation and interaction, they represent an effective way to interface with web users in an active, rapid and direct way, through the mutual sharing of opinions and multimedia contents.

The social media that I use most are Twitter as an information channel but also for interacting with users in my work sector; Facebook to keep in touch with friends and colleagues, and finally Instagram which represents an ideal medium to share my passion for photography, which I have been cultivating since the analogue era.

2.Why did your museum register for #MuseumWeek?

The idea of registering the museum where I work – the Royal Palace of Napoli – was born from the intuition of Antonella Cucciniello, an art historian who, since the end of 2015, for three years, has held the role of director of the museum. Thanks to her preparation on the topic of digital media, the Royal Palace had the opportunity, for the first time, to experiment with new communication languages, with official social profiles.

Participating in an important communication initiative such as #MuseumWeek, represented for the Royal Palace a way to become part of a cultural network of top-level public and private institutions, both Italian and foreign, with which to share online content and museum enhancement activities.

3.Tell us about your experience during past editions of #MuseumWeek

The proposal to participate in the 2016 edition (the first #MuseumWeek for us) was received with great enthusiasm by the communication and promotion team of Palazzo Reale, of which I am part, composed of competent and prepared people such as Deanna Castino, Antonella Delli Paoli and Silvano Saccone. The first edition of #MuseumWeek was an opportunity to explore and experiment with new ways of communicating, often moving away from the traditional and formal institutional tone of voice we were used to.

The subsequent editions were characterized by a more aware planning of the contents, to be disclosed with the help of a well-planned chronology and using appropriate multimedia materials prepared for the occasion. The interaction with museums also of a different nature from ours proved to be very stimulating and more than positive was the level of appreciation of the contents proposed through the published posts.

Participation in the #MuseumWeek also proved to be a stimulus to intensify the presence of the museum on social networks, also as an opportunity for growth and as a way to strengthen the identity of the museum.

In the last edition of 2019, the Royal Palace of Napoli came out of the #MuseumWeek very satisfied, resulting the only Italian state museum present in the Top 10 influencers, the world ranking of the most influential museums. I let you imagine the exultation of the team when the data was released!

4.Which is the most suitable social network for your communication?

Perhaps there is not a specific social network that is more suited to the communication of the Royal Palace of Naples, but each of those used is suitable for the different purposes for which they are used.

The Facebook page, for example, is very important because we currently do not have a website entirely dedicated to the Royal Palace (there is only one box on the site of the Campania museum complex) and offers the possibility of having adequate space to provide detailed information, in real time, on news, events, exhibitions, installations, etc. as well as interacting with a large audience by telling everything that happens in the museum.

The Twitter profile is more effective and immediate for the dissemination of news regarding the life of the museum in all its aspects and, moreover, it is appropriate as a channel for networking with other cultural institutions and participating in online sharing events, just like the #MuseumWeek.

The Instagram account is the most recent one, but it is also the one that, in less time, has reached a high number of followers. In addition to being useful for keeping diverse and younger groups of users informed, due to its nature that favors the image, it lends itself adequately to present and enhance the museum’s collections, stimulating the public’s interest even in works less famous.

5.If you had to keep one social media platform to reach youngsters, which one would you pick?

Certainly Instagram is the platform that manages to reach the younger audiences more effectively. This figure is also evident from the quantity of photographs that young users publish in posts and “Stories” by tagging the Royal Palace after visiting it, sharing both photos of museum environments and works from the collections and inevitable and nice selfies! The regram of these images, carried out by the institutional account, increases the interaction with this audience, contributing to increase a different perception of the identity of the museum and to stimulate the interest of potential new young visitors.

Wanting to reach a new type of audience and different groups of young users, it would also be interesting in the future to experiment with other channels, such as the Youtube platform, through which the museum can develop a storytelling capable of telling the works, collections and evolution history of the Royal Palace of Napoli.

Of course I follow Italian museums on social networks and I appreciate the great work that most SMMs do, many of which are distinguished by style and creativity. I mainly follow the American (MoMA, The Met, Guggenheim) and European (Louvre, Versailles, National Gallery, British Museum, Prado, etc.) museums of foreign cultural institutions, which I naturally look at as reference models.

I would like to ask Niko Melissano, the Louvre’s digital communications manager, a question. I would like to know from him if he believes that there is a “key”, in the field of social communication, to broaden the interest of the public of non-professionals, with particular regard to the new generations.

Stefano Gei‘s role in the museum is multitasking! He takes care of the technical aspects of conservation and set-up, teaching, graphics and communication, with particular regard to social communication.