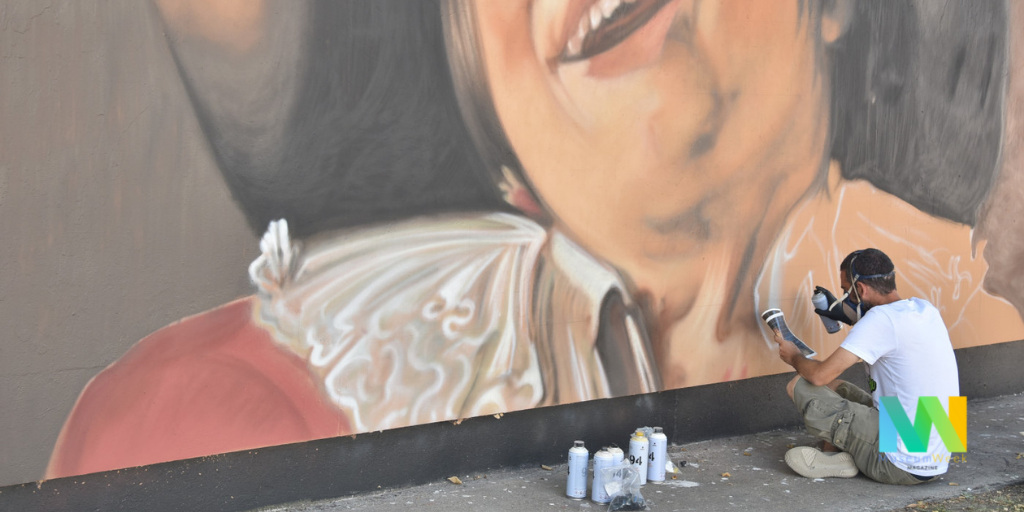 1.Tell us what you do and your beginnings.

I am a street artist and my art project is entitled “Recovery of classicism in the contemporary”, I work on the translation of classical works of art in the urban context, always finding a correlation with the territory. In this way I bring the works of art preserved in museums onto the street, enlarging them with the spray can technique that tells of my beginning in the world of graffiti in 1995 when I was a teenager.

I was born in Northern Italy and I am the second generation of Italian writers of the Golden Age of the nineties. So I come from what traditional graffiti is: tag, graffiti, train, subway to the wall of fame. An evolution that led me to work a lot in the figurative field with the spray can, so in my crew I was the one who did the puppets, that is, the characters alongside the work of the members of my crew and obviously I also did the lettering.

This brought me a strong passion for figurative art along with studying at the Brera Academy of Fine Arts, so I put together these two worlds and a world just as ancient as that of copying which has origins far back in time, and I am pursuing in a hyper-contemporary way through this medium that unfortunately is still learned from the street and not yet in schools.

2.What does your work aim to say?

First of all, a transmission: it is the dissemination through a new media, a new form of the artistic and cultural heritage. What I want to do is communicate with the new generations and create bridges between institutions, the street and museums. I am looking for a sort of network between the history of art and people, thus reconnecting this relationship which is fundamental for us. 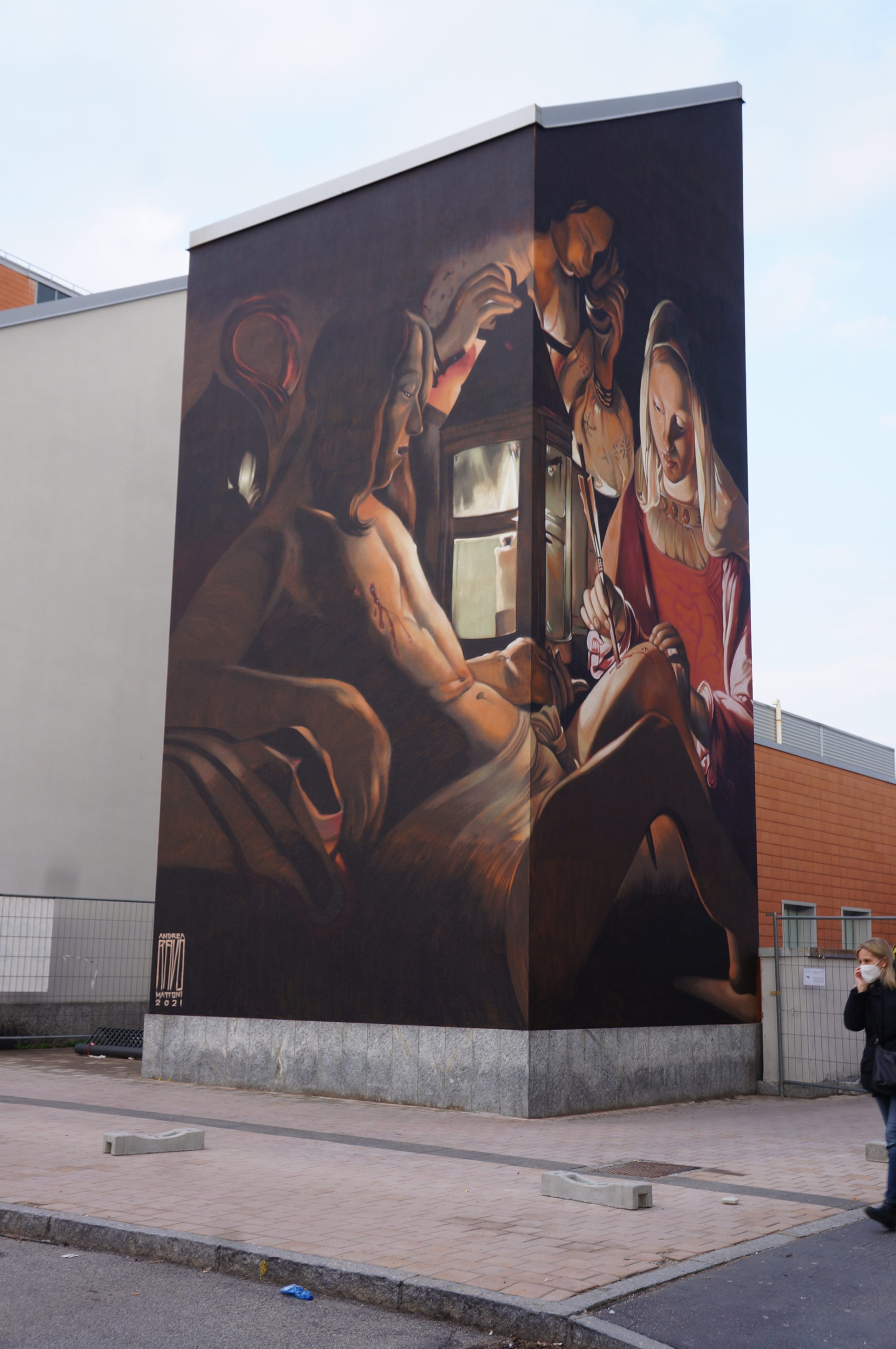 When I create my works, I also collaborate with schools, often organizing lessons when possible and I am joined by some art historians who explain the origin of the painting, the correlation with the territory and the museum that hosts it. Instead, I dedicate myself to telling about my technique and this collaborative mechanism which is already a work of art that aims to arouse interest in new generations and beyond.

3.Where do you find inspiration for your art?

I find inspiration from the world of art history, all that is the past of classical, figurative and sculptural art. Then of course I found many inspirational models in my career, in particular in the world of graffiti which was born in the United States and then spread throughout Europe. But I am also very attached to the world of comics such as Japanese manga, European comics and obviously to many avant-gardes of the twentieth century. I am inspired a little by everything, including music, above all!

4.Could you give us some insight into your creative process?

When I receive a collaboration proposal, therefore in a very specific place, I go to analyze the territory and do research regarding the artistic heritage of the place: if there are museums, which painters were born in that place or who have passed through that area and if there are any important works. At this point, the main aspect is to have the wall on which to paint and then I propose which works I want to create.